A keyless ignition is that push button in your car that starts the engine instead of turning a key. It’s a feature that’s standard equipment on many new vehicles, but consumer safety advocates say keyless ignitions could pose a danger if you walk away with the fob and forget to turn off the car.无钥匙启动的汽车如果不关闭引擎就走开的话，风险很高

Noah Kushlefsky is an attorney who has represented several families whose loved ones have died from carbon monoxide poisoning after the key fob was removed and the car was left running. "When you're disassociated from the car by removal of the mechanical key, it's an easy step to forget" Kushlefsky said. "It's a senseless situation that should never occur and should never have occurred."人走开了，汽车还在运行，此律师代理数个家庭导致此情况一氧化碳中毒的案件。

Most keyless ignitions allow drivers to walk away from their car with their key fob and leave the motor running. There are an estimated 5 million keyless cars like this on the road, according to a lawsuit against 10 automakers filed in August in a Los Angeles, California Federal Court, which critics say could put your family at risk.大多数无钥匙启动的汽车都允许司机离开车，大概有500万台，使你的家庭处于危险中。

For Cesare Fontanini, 50, of Highland Park, Illinois, that’s exactly what happened to his family. Often after his shift as a Lieutenant for the Highland Park Fire Department, Fontanini would stop by his parents’ house to have an espresso. In June 2015, that ritual changed forever.今年的6月份悲剧发生在一个50岁的消防局的中尉身上，其父母(76和79岁)同时中毒死亡。

Fontanini found both his parents, Rina, 76, and Pasquale, 79, dead after they accidentally left their car running in their attached garage.车库

“It’s etched in your brain for the rest of your life. And a moment like that, that is a game-changer in life,” Fontanini told ABC News’ Alex Perez.

The 2013 Lincoln MKS that Fontanini’s parents drove had a push button, or keyless ignition. That model of car does make an audible warning, but investigators say that his mother Rina put the key fob in her purse, despite that. Officials say the carbon monoxide from the engine built up in the garage and seeped its way into the house, eventually killing them both.林肯车排放一氧化碳，渗透到卧室

“I was unaware that there was a problem with keyless ignitions until this happened to my parents,” Fontanini said.

To find out how quickly the carbon monoxide fumes in a running car could turn deadly, ABC News conducted a demonstration with Tom Feiereisen, a forensic engineer specializing in carbon monoxide, to monitor carbon monoxide levels from the exhaust of a car left running in a garage. The Bay Shore Fire Department in Long Island, New York, was there to help keep us safe.消防局做了一个实验。

An ABC News producer drove a 2015 Chrysler 300 – one of many vehicles on the market with keyless ignitions – into the garage and took the key fob with him as he exited the still-running vehicle. Watch the demonstration in the video above.克莱斯勒车做的实验

The producer says he heard no alarm outside the car and as the demonstration continued, there was no automatic shut off.尽管浓度增加，但是汽车没有报警，没自动熄火

The freestanding garage used in this demonstration was more leaky than an attached garage. Therefore, ABC News covered the exterior vents to mimic an attached garage. Then, every 30 minutes, Feiereisen checked the levels of carbon monoxide in the garage with a gas analyzer. After about two and half hours, the levels of carbon monoxide present inside the garage had increasingly begun to build.和住房紧密连接的车库，用仪器每30分钟看一下CO的浓度，两个半小时之后，就迅速增加。

“We're currently at 890 parts per million, and that could be potentially lethal given a long enough exposure,” Feiereisen said.现在CO的浓度是890ppm的话，持续暴露就会致死

And about four and a half hours into the demonstration, the levels of carbon monoxide inside the garage became highly lethal.四个半小时之后，浓度处于高度致死的状态

“If you were to go inside this garage right now and close the door, you would feel the effects immediately, and you would probably lose consciousness within five to ten minutes and death would follow shortly thereafter,” Feiereisen said.如果你现在进入车库，关上门，5分钟就失去知觉，继而死亡就发生

“If this was an attached garage you would get carbon monoxide leaking into the house almost certainly get lethal levels within the house,” Feiereisen added.

At this point, Chief John Ippolito Jr. of the Bay Shore Fire Department became worried that the demonstration could become too dangerous if continued, so the test was stopped. Firefighters with masks and safety gear approached the garage.如果继续测试就很危险了，所以就停止了。

The firefighters opened the garage door. They then used several ventilation fans to air out the garage and make it safe again.消防员进入车库，用风机吹走毒气

Most cars with keyless ignition do have some kind of visual or audible alert when the car is left running with the key fob not in the car. Some cars even have an automatic shut off. The 2015 Chrysler 300 used in this demonstration makes a beeping sound inside the car, but critics say that’s not much use if no one is in the car.大多数的车有声音报警，有些车甚至有自动关闭功能。此款克莱斯勒有滴滴声报警，但是如果车内没人，此报警没用处

Critics say even alerts which sound outside of a running car aren’t enough and are, instead, calling for a standard automatic shut off, which is only on a few models of vehicles.带自动关闭功能的车型很少

“If you know it's a safety risk and you have an easy way to fix the problem, then why wouldn't you do it on all cars? Why are there cars still being purchased by the public that have this risk?” Ted McNabola, a lawyer who represents the Fontanini family in a lawsuit against Ford, maker of the parents’ car, said.如果只是轻微改变设计就可以避免这个问题，为什么不将所以车都改？

However, the Alliance of Automobile Manufacturers, which represents twelve automakers, says they’re even opposed to NHTSA's proposed rule mandating a brief, piercing alarm.

“No rationale has been offered for concluding that the proposed audible alarms would actually reduce the identified risks of carbon monoxide poisoning or rollaway,” the organization stated in 2012.

Today, the Alliance of Automobile Manufacturers tells ABC News that their position has not changed and that auto safety is their top priority. They say their working to further develop best practices.

The National Highway Traffic Safety Administration proposed a rule almost four years ago that would require a brief, but piercing alarm, but not an automatic shut off if someone were to leave a car running and take the key fob.

NHTSA officials say they are reviewing public comments and say they plan to issue a final rule in February.

Ford, the the maker of the Fontanini's Lincoln MKS, told ABC News in a statement, “Ford takes the safety of our customers very seriously; the keyless ignition system has proven to be a safe and reliable innovative feature that has been well-received by customers. Ford vehicles equipped with keyless ignition alert drivers when the driver’s door is opened and the vehicle’s engine is running.”福特公司的辩论

The company add that many of its current models with keyless ignitions do have an automatic shutoff feature, which turns off the vehicle after 30 minutes of inactivity新款车有自动关闭功能，如果30分钟没有活动的话

Fontanini hopes his efforts will help educate others about the risks.受害人希望此分享能够形成前车之鉴，教育其他人此风险的存在

“It’s just a matter of educating anybody who does buy any keyless ignition cars, so this doesn’t happen,” Fontanini said. “This was a senseless accident, it could have been prevented. Hopefully from here on forward, it is prevented for future consumers buying cars.” 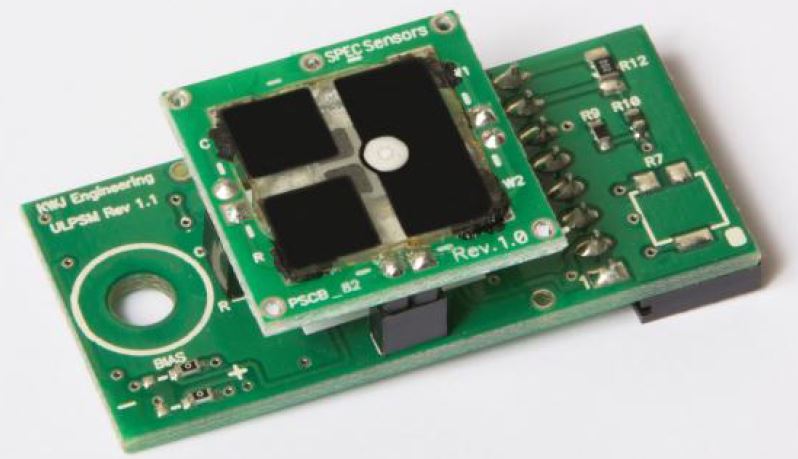